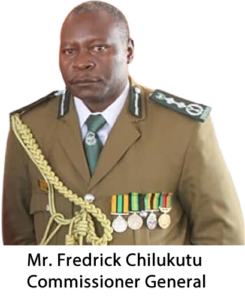 Zambia Correctional Service (ZCS) is one of the National Security Services in the country. The Service falls under the Ministry of Home Affairs and is established under Article 193 of the Constitution Amendment Act no.2 of 2016. It is governed by an Act of Parliament, the Prisons Act CAP 134 of the Laws of Zambia as amended in CAP 97 of the Laws of Zambia (being repealed by the Correctional Service Bill).

This is the highest oﬃce in the organisational structure of the Zambia Correctional Service, followed by two Divisions: The Operations Division and Finance and Administration Division, each headed by a Deputy Commissioner General. The Oﬃce of the Commissioner General has the following Units under it:

The service’s rank structure is as follows

This division is responsible for the custodial services of the inmates until they are lawfully discharged. It also coordinates logistical support for all the Service’s activities through motor transport. The Division has the following Directorates: 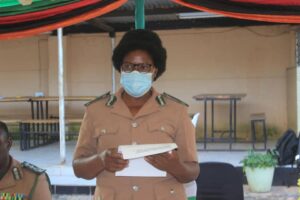 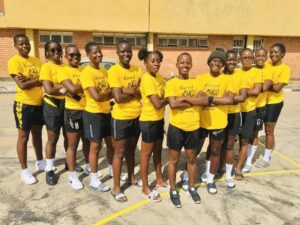